Have you had your first deal yet, or it seems like it’s not forthcoming? Not to worry, you’re not the only one on this boat. Just like many other people, you may not be making the right moves that will help you clinch that precious first deal and kickstart your career. And what better way to figure out your mistakes and learn the right moves than from one of the best in the game? Here are some tips from Jacob Blackett to help you get your first real estate deal.

When Jacob was about to flip his first property, it was valued at a whopping 35,000 dollars and had been around for a while. With a little survey, he decided that this would be worth 13,500 dollars. After cleaning this up as best as possible, Jacob took pictures and listed it on Craigslist for 19,500 dollars. Now you may be thinking, would he really have gotten a buyer for that? Well, he did. In fact, he got a call the next day, and within weeks, the contract was sealed and delivered. The secret to this was giving the property its proper value. Your pricing strategy will determine how much attention people will pay to your listing. If he had listed it for more than 20,000 dollars because it was initially worth almost twice that, he may not have gotten that fantastic first deal. So, analyze the property you have and put up the right price.

After getting his first deal from this client, Jacob Blackett didn’t stop there. He took it a step further by trying to find out who exactly it was. Let’s call this person Mike. Jacob discovered that Mike owned a property management company and not just any, but one of the city’s top ones. So, instead of saying “thank you, next” and moving on to the next client, he offered to get Mike similar deals like the first one they had had together. Of course, this was a great offer that Mike couldn’t refuse. Jacob didn’t just tell him that he was into real estate and wanted someone who would mentor him; he gave him an unbeatable offer…more money and deals. The smart thing to do here is to create long-lasting relationships with people by learning what they are looking for and bringing this to the table. Sometimes, it’s that extra personal touch that makes all the difference.

Now, Jacob had created a solid relationship with Mike, where he could find properties on the market and acquire them for his property management company. But Jacob was still what you would call a beginner in the real estate industry, and he needed to have that edge that will set him apart from the hundreds of other realtors in the city. Now, he had access to an expert, but he got his foot in the door by offering to work at Mike’s organization for free. While many people may be discouraged at the thought of free labor, you have to look beyond this and see the huge potential it holds. You need to provide value first to get those insider tips you can’t get anywhere else. Mike accepted this offer, and it wasn’t long before Jacob was in charge of managing all his deals and acquisitions. This went so well that he was able to do amazing things within two years. That’s the power of providing value. You shouldn’t give them the impression that you want to take off their time for some mentorship session. Instead, make this a give and take relationship that will benefit all involved in the long run.

You should focus more on taking deals to real estate firms. And not just any deal but direct to owner deals. This simply means gaining direct access to owners of properties instead of moving through a third-party. Source these deals and bring them into the firm, and this will give you the advantage of being one of the first to get to it.

The bottom line here is that you should never be tired of trying. Now that you know these tips, you will discover those mistakes that have been keeping you from your first deal or even having more deals after your first one.

Property Management Software: How to Use Them

The Importance of Finding Off-Market Deals 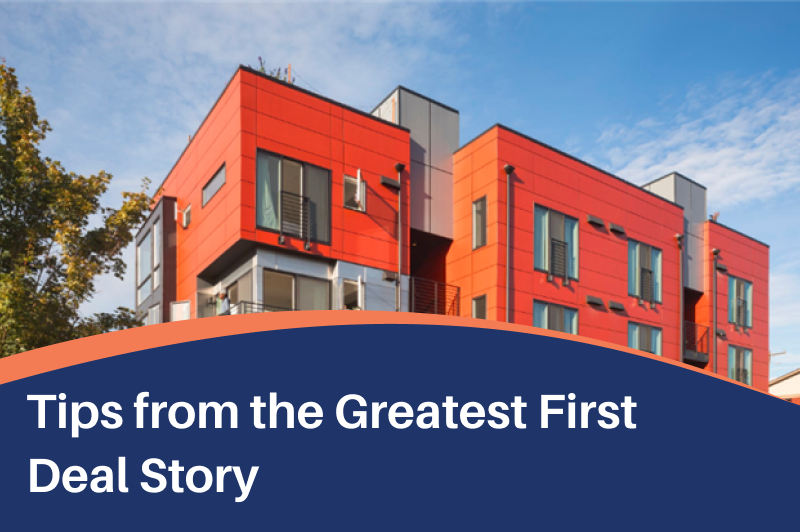